For over 50 years, Kansas City Repertory Theatre (KCRep) has been a source of inspiration to thousands of our nation’s best artists and to millions of Americans in Kansas City and beyond. As Kansas City’s Regional Equity house, KCRep acts as the catalyst for a culturally vibrant, equitable, and thriving Kansas City by connecting artists and audiences in a welcoming environment that fosters wonder, curiosity, and understanding. Our mission is to inspire, entertain, and open minds by creating transformative theatre experiences for all.

Our brand voice is welcoming, uplifting, and approachable. We uplift and celebrate the incredible work we create onstage, fostering curiosity and wonder while also educating our patrons about the theatre-making process. 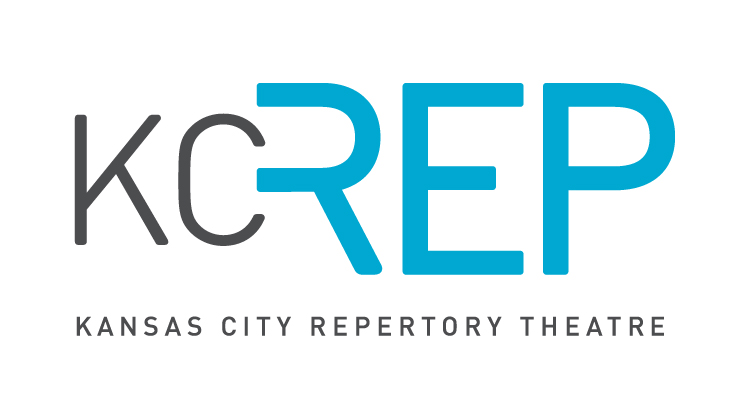 The KCRep logo was designed in 2015 by Barkley.

It can be used either with- or without the tagline. Variations exist for light and dark backgrounds, as well as greyscale. Download variations of the logo here.

We use the font family Raleway. Our signature look is Raleway 800 ExtraBold, all-caps.

Raleway can be downloaded from Google Fonts.

KCRep Blue is vibrant, but approachable, just like our brand!

These colors can be used as accents, or to add emphasis.

When captioning an image, specify the production title and year, as well as the photographer. If 1, 2, or 3 actors are pictured, identify them by name, from left to right. If more than 3 actors are pictured, identify them as “the cast of” the production title. When posting images featuring the set on social media, also include the name(s) of the Lighting and Scenic Designers.

Postcard image featuring 7 Actors
The cast of KCRep’s 2022 production of The Old Man and the Old Moon. • Photo by Don Ipock

COMMA
Use commas to separate items in a series, including an Oxford comma at the end of a series. For example: “The ghosts, Marley, and Scrooge are in A Christmas Carol.”

EXCLAMATION POINT
Avoid overuse of exclamation points. Use the mark only after a high degree of surprise, incredulity, or other strong emotion.

KANSAS CITY REPERTORY THEATRE
May also be properly referred to as KCRep (Note: The word “the” is never used before KCRep) or Kansas City Rep. Please do not refer to KCRep as KCRT, which readers and
listeners confuse with radio station call letters.

PLAY TITLES
Play titles should be italicized. If they cannot be italicized, such as when they are mentioned in a social media caption, present them in all-caps. Prepositions, definite articles and indefinite articles are not capitalized unless they are at the beginning or end of a sentence. Correct usage: Cat on a Hot Tin Roof, The Taming of the Shrew.

SRO
Acceptable on second reference for standing room only.

THEATRE VS. THEATER
Ordinarily, a theater is a place or building where theatrical productions are presented. Theatre refers to the dramatic arts. At KCRep, we tend to use the word theatre for all
uses of both words.